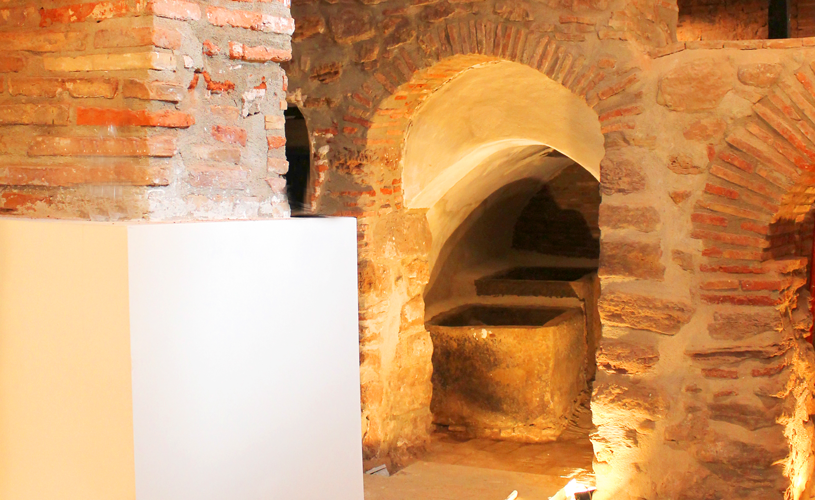 The Pension Posada Ignatius is the fruition of months and months of hard work.  The owners of the complex first acquired the first part of Palace of the Duke Of Najera back in 2000 when it was little more than wreck of a building.  However, through years of determination and passion for restoration they brought the palace back to life and restored it to its former glory.  This elegant building which was home to one of Spain’s most important noble families, again stands proudly in this historic village on the Santiago Way and is again a family home.  From this project the Posada was born.

The building that the Posada Ignatius is now in was once part of The Duke of Najera’s residence but over the centuries the building was divided up and sold to different families.  This is why you see the Coat of Arms of the Duke on the front of the building but the coat of a differing family next to the Posada’s entrance.  The family home was completed to the rear of Plaza de Arco but the front section of the building remained to be a warren of small flats.   However, this was all to change when the owners decided that renovating one palace wasn’t enough and their desire to get covered in dust and dirt became insatiable again.

Just over a year ago ,work began on the restoration of the front section with the aim of bringing the rest of the building back to its former glory.  The building is famous in Navarrete for its connection not only with The Duke of Najera but with the internationally known religious figure, Saint Ignacio of Loyola who founded the Jesuit movement in the period of the counter reformation of the early 16th century.  And thus, this is how the project became the Posada Ignatius to pay homage to the building’s historical importance. 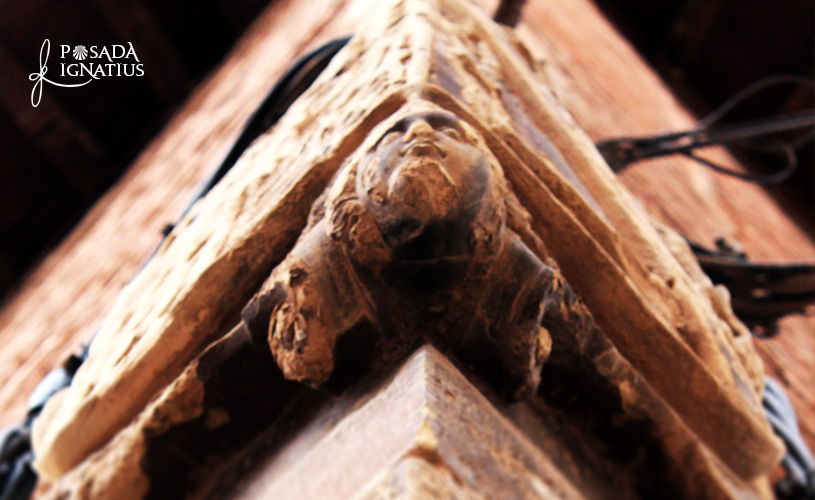 Building works started in earnest a little over a year ago, in 2017, and Juan and Pilar set out full steam ahead.  Few people believed that it would be possible to turn a crumbling warren of flats into a perfectly refurbished hotel in little over a year.  However, much to the surprise of everyone involved, the Posada Ignatius is getting ready to open its doors this month, in March 2018.  Local artisans and professionals have put their heart and experience into the project and their passion for their local heritage is evident in every corner.  Everyone here at the Posada Ignatius is really excited to see everything coming together in these last two weeks and we cannot wait to greet you as we open our doors.